The Act of Seeing With One's Own Eyes

After seeing the documentary on the autopsy, and getting over the initial shock of such disturbing images, I was finally able to think critically about it’s content. It left me pondering two questions.

Grotesque, repulsive, nauseating, disturbing, mind numbing...these are just a few of the words that may be used to describe Brakhage’s film. The questions that remain are, is it art? If so, is there a rule against art being grotesque? Theoretically speaking, the answer would be no. While the images of the film “The Act of Seeing with One’s Own Eyes” are blunt, disturbing and difficult to watch, it could be considered art, as Bart Testa states, “the camera comes so close here that the body no longer appears as a recognizable human form, but merely as a series of enigmatic shapes” 282. Had the viewers been exposed to only those scenes, it would have been like looking at Soutine’s Le Beouf Ecorche, a hunk of raw meat.
By taking on an avant-garde approach, this film pushes the boundaries of what is accepted as the norm, and like the painting, “focuses on what seems, in principle, to be unknowable and mysterious” (Testa, 273) in its rawest and most natural form; flesh, blood and bones.

Furthermore, by timing and pacing the shots, frames, and sequences in such a way that the viewer is never allowed to get used to the film’s imagery (Testa, 277), keeps the shock factor a constant. Like seeing a disturbing painting for the first time such as A Few Small Nips by Frida Kahlo. Despite the similarities of being shocking and disturbing, would this film be considered as art? Personally, I would have to say yes, The Act of Seeing with One’s Own Eyes, is art. As Alexander Nehamas, a professor in the Humanities at Princeton University, puts it, while one cannot define art, it is whatever is made in an artistic process and consumed as art. Most pieces of art in museums were not intended to be art. However, to be an art object, that object must differ interestingly from others of its kind.

Should it be compared to the slaughtering of animals? 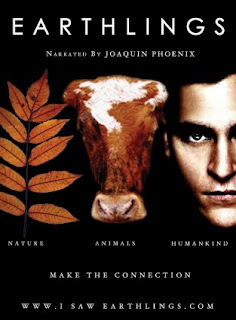 Had we been watching Bones, CIS, Nip/Tuck, Criminal Minds, Law & Orders, Dexter, and every other horror movie, we wouldn’t think twice about the autopsies, in fact, we would be curious to know what their findings were. While autopsies are a cultural norm in today’s societies and has no humane but a justifiable purpose to it, it is very difficult to watch. Just as difficult as it to think about slaughter houses. While slaughter houses have no humane purpose, when one thinks about the meat industry they “skip the part of the perceptual process that makes the mental connection between meat and living animals” (Joy, 15). The same thing happens when we picture autopsies. Despite seeing dead bodies regularly on television, from different angles, and the characters picking away and analysing it, we disconnect ourselves from it. Thus, not only are we able to watch it, but we enjoy watching it.
Seeing the real thing, and knowing that it is, in fact, real “tear[s] the veil from this ignored knowledge, and abattoir imagery passes through an outrage that cannot but make the viewer uncomfortable.” (Testa, 277) Watching the bodies being treated like animal carcasses, moved off the table without care, organs and pieces of the body being removed and placed in bags, being wiped out from the inside forcefully and the cutting through bone and flesh in a rough manner points out our everyday inhumanity as carnivores thereby making the spectacle of animal slaughter an allegory of human slaughter (Testa, 280). That being so, it is safe to say that the “moral end is to sensitize us to a hidden inhumanity that is actually commonplace” (Testa, 277). It is like watching Earthlings, directed by Shaun Monson and narrated by Joaquin Phoenix, the only difference is, we are now watching the standardized and harsh treatment of ourselves.